Ten year olds, Pedro and Zavier, have been friends since kindergarten. They play soccer on the same team. Both boys have similar build and stature and are competitive. They are fast on their feet and agile. They liked playing off each other to achieve the goal.


The team was ahead 4 to 3 when Zavier had the ball. He ran the ball down the field. Just as he was about to pass it to Pedro, a player on the opposing team intercepted the ball causing Zavier to trip and fall. This did not sit well with Pedro and he got angry at Zavier for losing the ball.


Zavier jumped up and began the pursuit. The opponent passed the ball off to another team member who passed it to one who made an attempt at the goal. Score! Now, the score was tied 4 to 4.


Pedro ran to Zavier and said, “You let them score! Watch your back!” Off he ran before Zavier made a reply.


The game was underway and both boys were frantically trying to score and not let the opponent have the ball. Back and forth the team members passed the ball. A shot was made but missed.


The opposing team had the ball. Their team succeeded in getting the ball away from the opposition. Down the field they led the ball, passing and dodging. Pedro received the ball and was trying to lead it to the goal. He had a perfect opportunity to pass the ball to other players but he held on to it. Closer he came to the goal and then with a mighty kick, he launched it at the goal. Blocked!


The opposing team had the ball. With a quick succession of passes they made another goal! Now Zavier and Pedro’s team was down a point. The team rallied and had the ball within scoring range when Pedro passed it to Zavier. Zavier thought Pedro would have made the shot but was glad he had the ball. On he pushed the ball forward. Out of the corner of his eye he saw a flash of color. He dodged and sidestepped the opponent and managed to keep control of the ball. Then at the last second he passed it to Pedro. Pedro kicked the ball toward the goal. Score!

The other team tossed the ball in but it was blocked by a player. The ball made its way toward the boys. A player passed the ball to Zavier who passed it to Pedro. Back and forth the three passed keeping the ball away from the opposition and inching closer to the goal. The clock was ticking down. Pedro knew one of them needed to take a shot. He got the ball and sailed it right passed the goalie but the ball hit the post and skidded out of bounds.


Anger filled Pedro. He had missed. The game was lost.


Their team lined up to congratulate the winners. Zavier smiled and slapped each player on the back. “Good game.” he said, or “Great job.”


Pedro went through the motions of congratulating the opposing team. He wasn’t happy. He blamed his team. He blamed Zavier. He was hurt and angry.


Zavier found Pedro sitting by himself. “Pedro—good game. We almost had them. We’ll do better next time. You did great!”


“It was a lousy game! We lost the ball. We didn’t block them. We didn’t make clean shots! You let that guy take the ball away from you and score!”


“That score lost us the game!” said Pedro as he stomped off.


Zavier felt terrible. Had he lost the game?


A few players and the coach walked by. “Nice job Zavier. I could tell you guys gave it all you had. You played as a team. The passing was smooth.” said the coach.


“Thanks Coach. I’m sorry I let that guy trip me up and steal the ball.”


“He came out of nowhere. That happens. You’ll get better at perceiving the threats of the other team. It just takes practice. You saw him when he tried it again and swerved out of his way. That was good ball handling. How about some ice cream? Gather the team and I’ll treat you all.”


Smiles and cheers broke out. Soon the team was walking to the ice cream stand. Everyone got a cone of their choice. 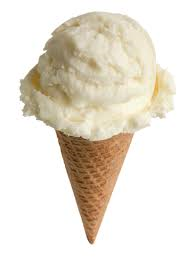 Coach said, “I’m proud of you. You all played a hard fast game today.”


Pedro quietly ate his ice cream. He’d wanted to go home but his dad said he should hang out with the team.


Coach sat down next to Pedro. “Hey buddy, what’s wrong?”


“Why did you give us ice cream when we lost?” Pedro asked


“I wanted all of you to know I am proud of you for playing well. It’s more important that you played the way you did than if you’d won. Winning isn’t everything. It’s more important how you play the game. It was fun watching you play as a team. There’s always room for improvement and we will address those things at practice. How is your ice cream?”


“You’re not upset I took a shot without lining up?”


“Pedro, we all make hasty decisions and need to learn patience. I’m glad you recognized it. That’s one thing we will work on. Keep your chin up. We played a fine game.”


“You want to go with me when I yelled at you?” asked Pedro.


Pedro got up and followed him. They played at the pool for a while, splashing, throwing a ball around, and diving for stuff.

Lying in the sun, Pedro said, “It wasn’t your fault we lost the game. I shouldn’t have blown up at you.”


“Thanks for being my friend even when I’m a jerk.”


They gathered up their towels and walked home, laughing and having a great time as only true friends can.

Children, how is your attitude when it comes to winning or losing? Do you get a bad attitude like Pedro did? Do you blame others or yourself? Are you more like Zavier? He encouraged others and congratulated the other team. Do you understand what the coach meant by ‘it was more important how you play the game’?
Win or lose, your attitude should be gracious. If you lose, don’t blame others or yourself just do better next time. If you win, be gracious and don’t brag. You attitude affects others. Your words can cut like a knife.


Memorize: Psalm 52: 2 Your tongue devises destruction, like a sharp razor, working deceitfully.
Please leave a question or comment in the box below.

Email ThisBlogThis!Share to TwitterShare to FacebookShare to Pinterest
Labels: Self-Control