A long time ago there was a group of people who believed in the same things. They formed what we know as the church. The early years of the church were strong and full of love for the Lord and each other. They, the church, met all through the week to read Scripture, the Bible, and to have fellowship together. They loved each other so much that they shared their stuff with each other. When someone had a need, it was met by another person in the church. If someone needed food, they shared it. If someone needed to borrow a donkey, they would let him. When someone was in need of clothing, they gave it. The Bible says they shared everything. Some people sold some of their things and brought the money to the church to be divided among the people in need or to pay for expenses in the church. You can read about them sharing in Acts 4:32-35.

Our story today is about a married couple named Ananias and Sapphira. They wanted to share their stuff too. They had a nice piece of property that they thought would bring in a lot of money they could share. The couple put the property up for sale, and it sold for a large amount.

Ananias and Sapphira owned the property, and when it was sold, they owned the money from that sale. They could have kept the money. It was theirs. Instead, they wanted to give some of  the money and keep the rest. That would have been fine to do. It was their money. The problem was, they wanted everyone to think they gave all the money to the church. 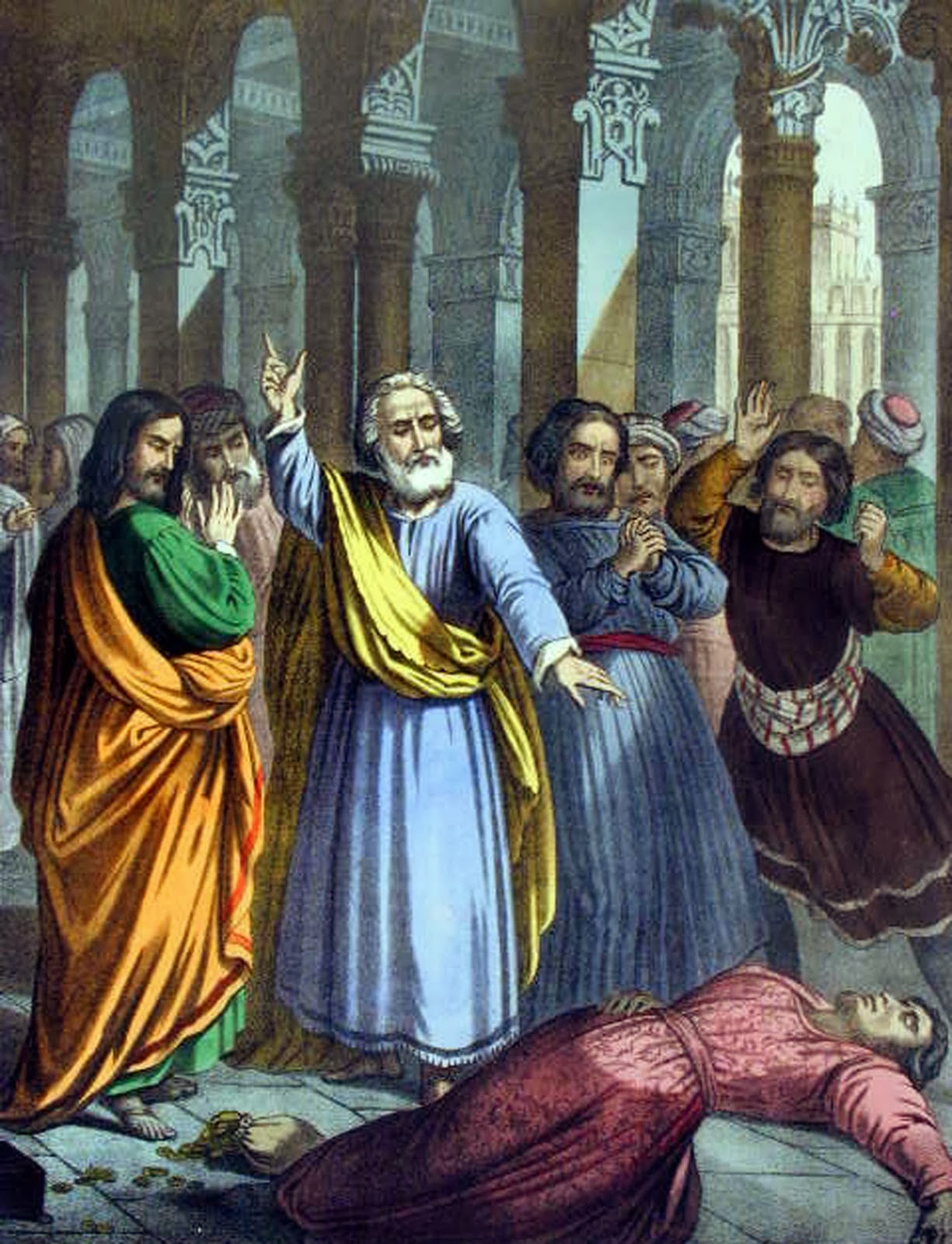 The Lord God hates lying lips. He wants us to always tell the truth. He loves it when we tell the truth. Every untruth is a lie. It could be small or large, it doesn’t matter. A lie is a lie.

What do you think the people around them thought? They were afraid. We all should be afraid of telling lies. A lie will hurt you in the end. It never pays to lie. You can read this true story in the Bible, Acts 5:1-11.

Proverbs 12:22 Lying lips are an abomination to the Lord, but those who deal truthfully are His delight. Colossians 3:9 Do not lie to one another, since you have put off the old man with his deeds. The "old man" in this verse is talking about our old, sinful nature. Proverbs 6:16-19 These six things the Lord hates, Yes, seven are an abomination to Him: A proud look, a lying tongue, hands that shed innocent blood, a heart that devises wicked plans, feet that are swift in running to evil, a false witness who speaks lies, and one who sows discord among brethren.

Memorize: Colossians 3:9 Do not lie to one another, since you have put off the old man with his deeds.
Verses in NKJV unless otherwise stated.
Email ThisBlogThis!Share to TwitterShare to FacebookShare to Pinterest
Labels: Lying