There once was a family who lived in a nice house. The back yard was large and had many trees. In the autumn or fall, the leaves changed from green to a wonderful golden yellow. Because it was fall the leaves did what the word means, they fell from the trees. This created a huge mess all over the yard. The yellow and brown leaves covered the lawn, rocks, dirt, flowerbeds, and outside furniture. If a person stood there long enough, they would be covered with leaves.

The older two children of the family are boys and they like to do extra chores to earn spending money. The boys got together and asked their dad if they could rake the leaves for extra spending money. Their father agreed, so they got the rakes and large leaf bags ready for the big job. 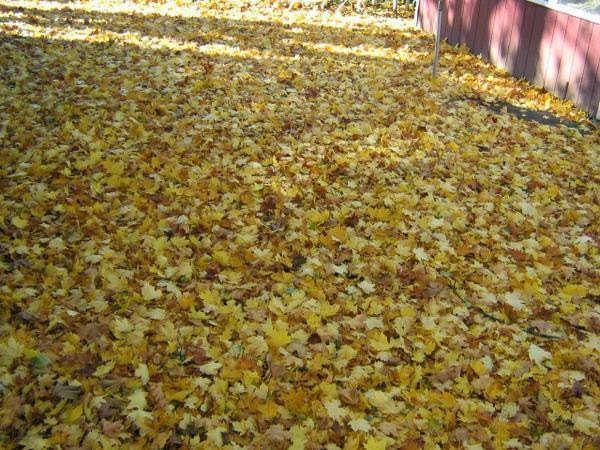 It so happened their cousins came for a visit that day and agreed to help. It was fun watching the four of them interact. The oldest of the boys I will call Mr. Personality Interaction. The second boy is Mr. Outcome Fun. The two cousins also have fun names. The only girl I will name Miss Organizer Planner. Last but not least, is the other cousin who is the youngest of them all. I named him, Mr. Fun Is Where I Find It.

Miss Organizer Planner took it upon herself to direct how it should be accomplished. She wished they would just listen to her as she worked hard clearing a section of the yard. Mr. Fun Is where I Find It used the smallest rake. He took the job seriously. He worked hard at making piles. Unfortunately, they were very small piles close together and it was hard to distinguish where the piles were. Mr. Outcome Fun also worked hard, but had a secret motive. He thought it would be great fun to make one huge pile and jump and play in it. Mr. Personality Interaction worked hard, but was mostly interested in working alongside someone and talking or interacting with them. He went from one person and helped for a bit, then scooted off to be near another person working there, and then off to another and so on. He was thrilled to have company while working.

So, we have four very different individuals working at the same thing but doing it very differently. That is because they have different temperaments. Temperaments make us act the way we do, like some people are quiet and some loud. God made people to have one of four basic temperaments.

Mr. Personality Interaction was working, but seemed to work in bursts of energy as he talked with one child then moved on to another pile of leaves next to another child. He worked all over the yard helping others, but he was more interested in talking. Every child was glad he came along to help.

Mr. Outcome Fun was working with one thought in mind, to make a huge pile to play in. He didn’t explain his plan and didn’t understand why no one was helping him. He was glad when Mr. Personality Interaction helped, but he wished he would have stayed longer.

Mr. Fun Is Where I Find It was working on small piles all over the yard. He understood there was a job to do. He wanted to just get it done, so they could go do something more fun. He started a pile and decided it may be fun somewhere else, so he started another pile, then another and another.

Miss Organizer Planner was frustrated because no one was doing it the way she thought it should be done. She thought if they worked together and clear one part of the yard at a time it would get finished faster and look better in the process. So, she worked hard by herself clearing the back corner of the yard. She was happy to have help when Mr. Personality Interaction came along. She tried to explain how they should work, but he moved on to the next person too soon. 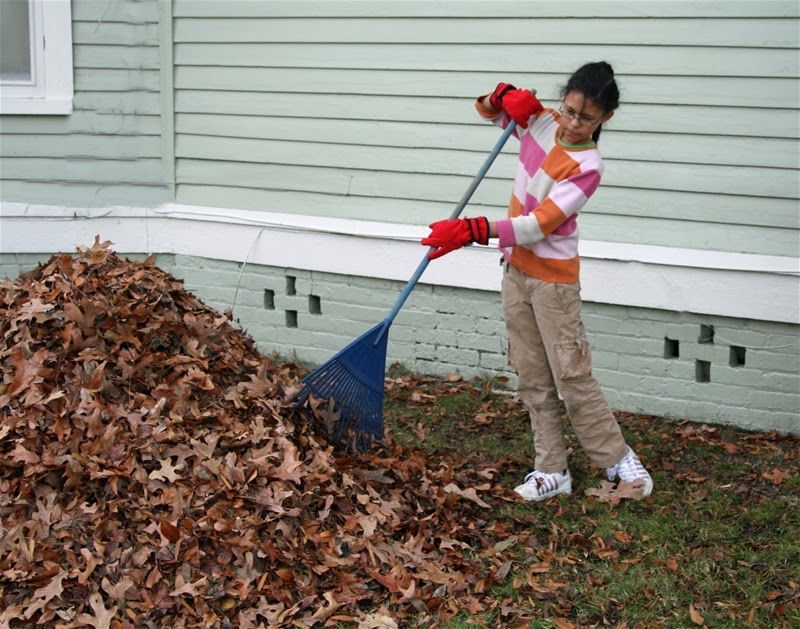 Mr. Personality Interaction needed to work longer at each person’s pile to get more accomplished. A better idea would have been for him to take turns holding open the bags and filling them with leaves. In this way, he could have spent more time with people and still got his job done.

Mr. Outcome Fun thought about the fun without realizing the job would have to be done again after they played in the leaves. That would be fine, if everyone agreed to that plan. He also didn’t tell anyone his idea.

Mr. Fun Is Where I Find It should have been shown that one larger pile is easier to clean up than ten smaller ones. He could have used encouragement to work with someone else. He thought for sure it would be fun to start a new pile every few minutes. He wanted to get on with the job so he could play. He might have like Mr. Outcome Fun’s idea, but not the cleanup after. 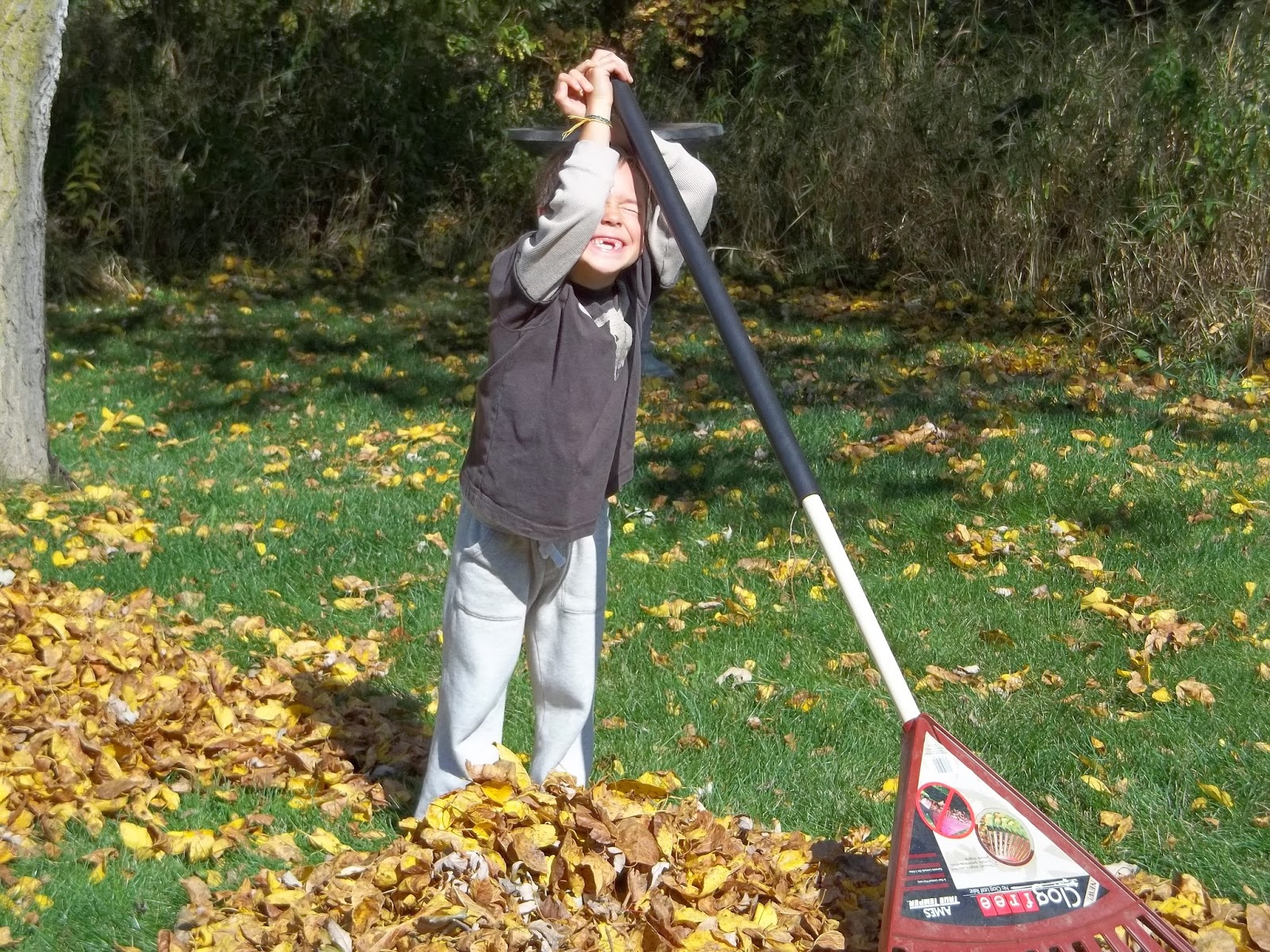 Miss Organizer Planner had a great idea and where she worked was more cleared of leaves, but she missed out on the fun of working together. Her frustration got the better of her, so she didn’t have much fun.

Ahhh--working together--cooperation. That may have been what was called for. A plan, an understanding of the goal could have helped. Maybe, if they talked it over and worked together figuring out the best way to finish the task, they would have  finished it faster and had more fun. The end result was to get the leaves off the ground and into the bags. I think working together they could have had a better time and got the job done at the same time. Together they could have made a huge pile, played, and then cleaned it up again. I believe if they would have understood each other and had the same goals it would have worked smoother. Let me know what you think in the comment box.

Nehemiah 4:6 So we built the wall,… for the people had a mind to work. Amos 3:3 Can two walk together, unless they are agreed? 1 Corinthians 14:40 Let all things be done decently and in order. Psalm 133:1 Behold, how good and pleasant it is for brethren to dwell together in unity! Ecclesiastes 4:9 Two are better than one, because they have a good reward for their labor.

Memorize: Ecclesiastes 4:9 Two are better than one, because they have a good reward for their labor.

Verses in NKJV unless otherwise stated.
Email ThisBlogThis!Share to TwitterShare to FacebookShare to Pinterest
Labels: Cooperation