The rain was in the distance. They could smell and see it. The lightning was ahead of the storm that was coming right at them. Animals can sense storms before they get there. Most of the animals of the forest took cover in their dens, caves, and in thick brush.


Lightning lit up the sky. Without warning, a single bolt ripped out of the clouds straight down and struck a tree. Immediately, the tree burst into flames. The flames leapt at the next tree and the next and the next. The fire was out of control, devouring bushes and trees in its path.

The large animals ran and smaller ones scurried. Where to go? The elk, deer, coyote, and mountain lion ran together away from the fire. The large ones covered more ground than the smaller ones.

The fire was huge, blocking the paths of escape. The only path out of the dense forest and away from the fire was between two rocky cliffs. It was a narrow opening, only large enough for one animal at a time.  Most of the animals got through the exit before a large tree fell into the opening blocking the escape.


The unfortunate animals that were blocked from escaping were the smaller animals. There were rabbits, skunks, foxes, badgers, mice, squirrels, chipmunks, snakes, raccoons, and porcupines. All they were thinking about was escape and survival. They were trapped. Some tried to climb over the tree, only to be blocked. The fire was getting dangerously close. There was no way to escape. Snakes slithered, sniffing the air with their tongues. Rabbits and mice cowered, not afraid of the snake, but of the fire. 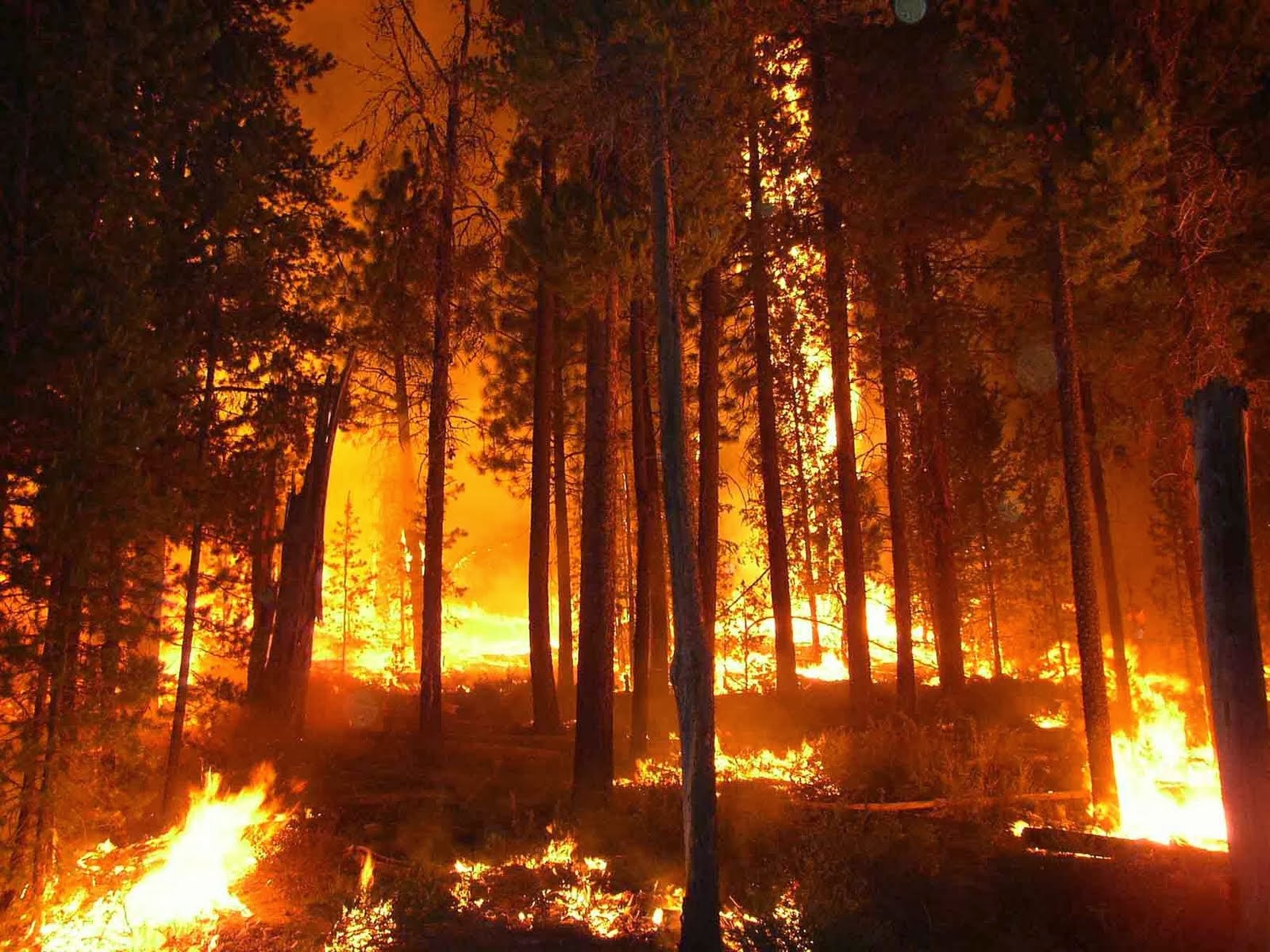 Then Elliot, one of the skunks, said, “Listen, I know how we can get out!” 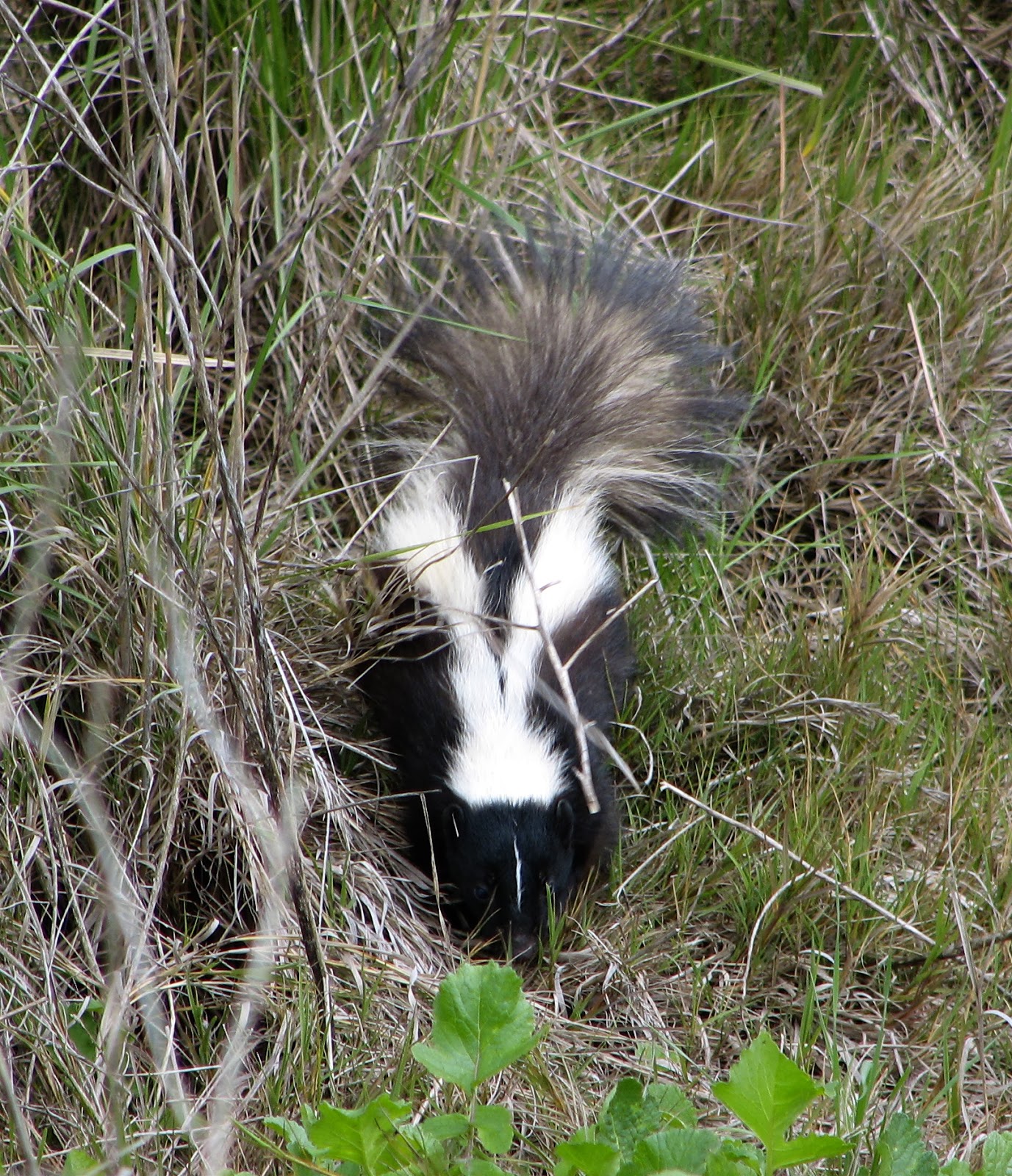 Finn the fox said, “Why should we listen to you?”


“Because I know the way. You have to trust and follow me. We don’t have much time!” answered Elliot.


With worry in her voice, Claire the porcupine said, “Why would any animal want to follow the back side of a skunk? That’s dangerous! If you get frightened, we could all get sprayed!”

Elliot responded, “I promise I won’t hurt any of you, but we have to move. Come on!”


He ran through the brush and bushes away from the fallen tree and parallel to the fire. The other animals realized they didn’t have another option and followed.


After a while, they came to a huge ravine. “Whoa, what do we do? We can’t climb down,” wined Claire.


Elliot said, “Further up the side is a fallen tree that reaches across. We can cross there.”


They followed their leader, Elliot. When he reached the tree he said, “Come on everyone, it’s difficult, but we can do it. We just need to take it slow.”


The ravine was wide and very deep. The fallen tree barley reached the other side. The tree was not very big around and would be hard to walk on. The animals cowered as a new fear took hold of them. They were scared they would fall to their death.


Elliot started across but stopped, turned, and said, “Look, I know you are all frightened, but this is the only way. Follow me!”


Slowly, one by one, they followed him across the ravine on the tree. On the other side he saw there were others who had not the courage to cross. Elliot got back on the log and crossed back. The fire was roaring closer. The smoke stung his eyes.


Elliot said, “You need to come. The fire is getting closer!”


A brave rabbit climbed up and more animals followed him over. When they were safely on the other side, Elliott went back for another group. This time he could hardly see. His eyes were burning and watering and the smoke was thick. A small snake named Archer was too afraid to cross. Elliot didn’t like snakes, but he knew the heat from the fire was getting to Archer.

Elliot got down flat on the ground and said, “Archer, climb on my back and I’ll take you across.”


Archer slithered up on Elliot’s back making him shudder. He knew he could not think about having a snake on his back. So as fast as he could, he walked through the smoke choking air and crossed the log.


When they got safely over, they turned to look back just as the fire reached their tree log.


Elliot said, “We need to push the tree off so the fire doesn’t spread to this side.”


Together the animals pushed with their heads and paws. Inch by inch it slid until it fell down into the ravine and crashed at the bottom. Now the fire could not reach them. A great cheer rose up from all the animals.


Finn the fox said, “Elliot, you have a lot of courage. You took many trips across the log without concern to your own safety. I admit I was skeptical, but you proved you were right all along. We all thank you.”


Elliot became a hero to all the animals that day. His fame spread all through the forest.


Boys and Girls, Elliot showed great courage to help the animals cross the log to safety. The Bible tells us to have courage. Do you have courage? The Lord will help you and He promises never to leave you.


Memorize all or part of: Deuteronomy 31:6-7 Be strong and of good courage, do not fear nor be afraid of them; for the Lord your God, He is the One who goes with you. He will not leave you nor forsake you.

Email ThisBlogThis!Share to TwitterShare to FacebookShare to Pinterest
Labels: Courage