Pigs like to wallow in mud. Wallowing means rolling about or lying in something. Pigs use the mud to cool themselves down and get rid of parasites or bugs off their skin. It is important for pigs to roll around in mud. It is like when you take a bath. You lie in the water and sometimes roll in it. It feels so refreshing. The mud feels that way to pigs. 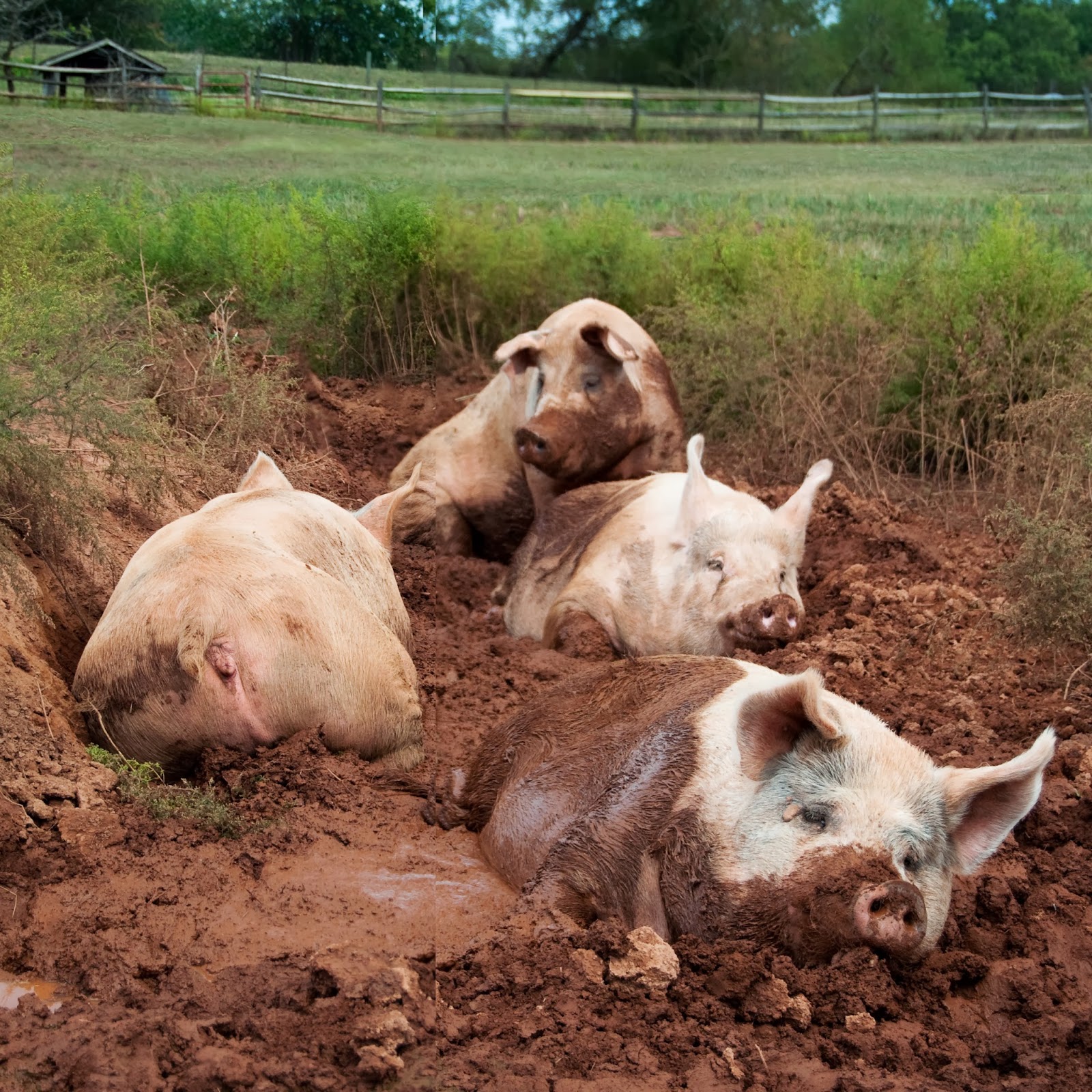 Baby pigs are called piglets and they are cute.

Momma pigs are called sows. Hester is a sow who has 10 piglets. That is a lot of babies! She loves all of her piglets. They play, sleep, and fight to see who gets to eat first, just like all babies do. Hester has noticed that one of her piglets, named Clover, doesn’t like to get dirty. Clover tries to avoid dirt, especially mud. Even when eating, she climbs up on top of her brothers and sisters to get off the dirt.

When Clover was old enough to talk, Hester asked her, “Clover, why don’t you get into the mud with your brothers and sisters?”

"Clover, all pigs like dirt, especially mud. It helps us cool down and feels great on our skin. We live in a place that has dirt. We are not people who get to walk on clean floors. We live outside in all kinds of weather. We end up trampling the grass and making it muddy, so we don’t have that to walk on either. It is our way of life. You need to get used to it.”

Clover didn’t like that idea. She continued to avoid the dirt as much as possible. When their owner, the farmer, ran water to their pen, she scooted over to the water to rinse off. Then she had a terrible time trying to stay out of the mud the water created. She imagined herself with boots on her feet to protect her from the mud.

She made life hard on herself. Every day the other piglets had fun while she worked at not getting dirty. She was a miserable piglet.

One of her brothers, Mo, saw her moping. “Clover, why are you sad?”

“I want to have fun with the rest of you, but you get so dirty.”

“Dirty? What are you talking about?”

“You get the mud all over yourselves.”

“Have you felt it? It feels great to have the mud wash over you. I love the way it cools me down and makes me feel clean.”

“Well, I guess it is what pigs do. I see every pig here doing it, and I like it. I wish you would like it too. Come on and try it. I’ll go with you.”

Clover shook her head so Mo wandered off. 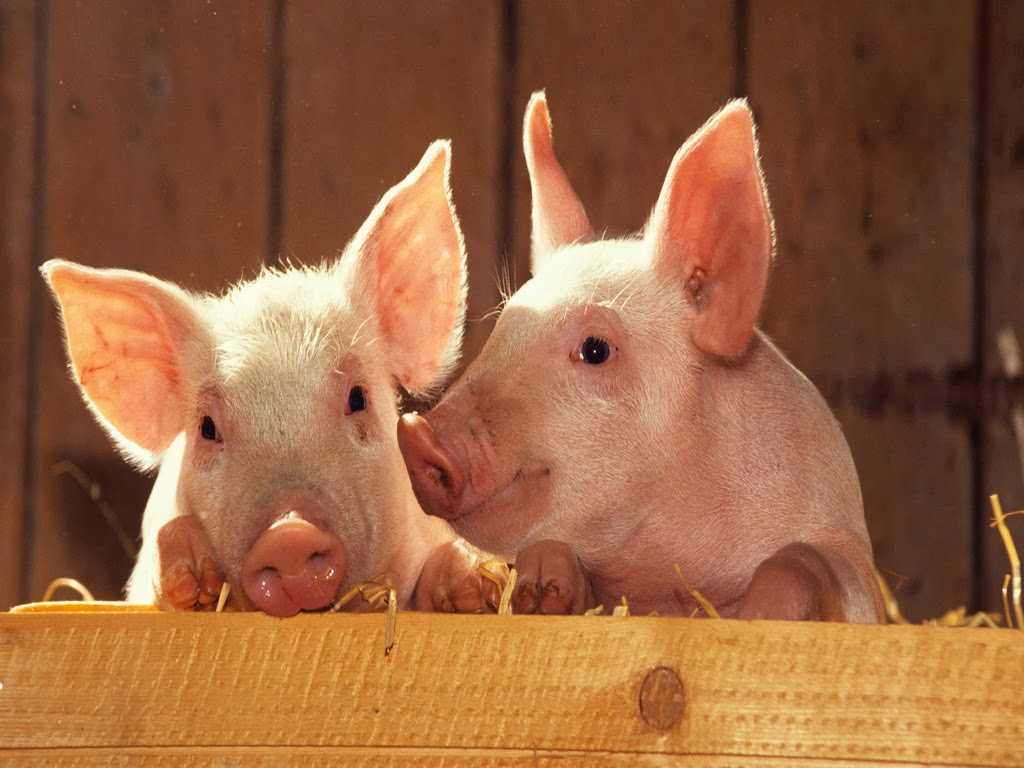 Clover watched her family playing in the mud. She envied them and wanted to have fun too. Feeling dirty made her squirm.

Hester said, “Clover, you need to make yourself get over the fear of being dirty. You can do it. You need to act like a pig!”

Clover thought and thought about what her momma said. She knew she could control her attitude about being dirty. She just needed to sum up the courage to get really dirty and shove the bad feeling away. Working up her courage, she asked Mo to go with her.

They walked up to the mud hole, counted to three, and jumped in. It wasn’t a far jump because pigs have short legs and don’t jump easily. It was far enough that she got mud all over herself. She thought it felt weird. She had a terrible desire to dash out, but she made herself sit still. Then bracing herself, she rolled in it! Rolling around, she got saturated with it. Freaking out a bit, she still held herself in the mud.

Mo said, “You are doing great! You have mud all over. It’s in your ears and snout, awesome!”

Clover giggled at his enthusiasm. She slurped some mud in her mouth and spewed it at him. He laughed and did it back. Soon, she realized she was having the best fun in all of her life! In the mud a little ways away, her momma was smiling and chuckling to herself. Clover learned to like the dirt and mud. After that, it seemed she had dirt on all the time. 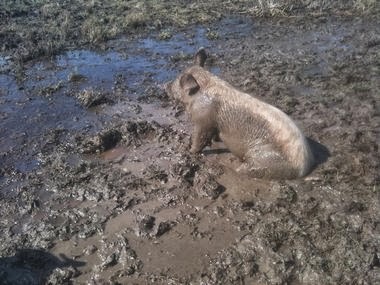 The Bible says, I Corinthians 9:27a But I discipline my body and bring it unto subjection... 1Peter 1:5-6 But also for this very reason, giving all diligence, add to your faith virtue, to virtue knowledge, to knowledge self-control, to self-control perseverance… It takes discipline to do what this verse says, Titus 2:12 Teaching us that, denying ungodliness and worldly lusts, we should live soberly, righteously, and godly in the present age.

Memorize: I Corinthians 9:27a But I discipline my body and bring it unto subjection...
Verses in NKJV unless otherwise stated.
Email ThisBlogThis!Share to TwitterShare to FacebookShare to Pinterest
Labels: Self-discipline