This week has a special day in it. On Thursday, we celebrate Independence Day or Fourth of July. Your family may celebrate by having a picnic or barbecue. Some families purchase fireworks, stand out front of their homes, and shoot them off. Have you held a sparkler? Those are cool. People all over our great country celebrate by going to a huge firework displays. Most towns have at least one of these events. Those fireworks are the ones that shoot up in the air and explode with a loud bang into bright pretty colors.

Why do we celebrate? We are celebrating a birthday. It is the birthday of our nation, the United States of America. It was much smaller at that time, but it is still a birth of a nation. Our forefathers signed a special document. The document is called the Declaration of Independence. They were declaring we were an independent county. Another nation, Great Britain, had assumed they were in control of us.
Long before that day of signing the declaration, people from other countries had come to America to get away from countries who told them how to worship. The people wanted to worship God in their own way. The countries they left thought people should go to the state church. As you can see in our country there are many kinds of churches. It is one of the things we hold dear in this country: to worship as we see fit.

The country that most people came from was Great Britain. So, Great Britain thought they were in charge of America and made them their subjects. They were making laws and having them pay large sums of taxes. Taxes are a forced payment on things like food and other products. It is also money without products in exchange, which goes straight to the government that is in control. Great Britain was also taking American men to go into service for them. They were trying to control all aspects of the American way of life by making laws. American people had no say on these matters.
The American people were getting tired of paying more and more taxes and not getting much from it. The people didn’t want another country making laws and rules for them to follow. Here is where it gets frightening. To get their independence and make our country our own, we got into war with Great Britain. It is too complicated, long, and involved to tell you all about it here. I will say, the war was very long. It started in 1775 and ended in 1783. That is 8 long terrible years. Brave men and women lost their lives for the cause of liberty. Most families lost loved ones.

Brave men stood up to the tyranny of Great Britain to gain the independence you now enjoy. France came along side of America to help defeat the British.  Brave men took to pen and wrote our wonderful Declaration of Independence. You can read it or at least read the second and last paragraphs here. 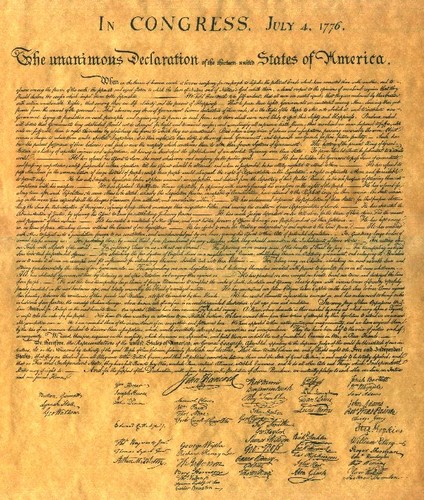 The war was very hard on everyone. The declaration was written toward the beginning of the war. What it did was put on paper, making legal what was on everyone's hearts. One of the brave men who helped write it, John Addams, wrote to his wife, Abigail, a few days before it was signed:
The second day of July, 1776, will be the most memorable epoch in the history of America. I am apt to believe that it will be celebrated by succeeding generations as the great anniversary festival. It ought to be commemorated as the day of deliverance, by solemn acts of devotion to God Almighty. It ought to be solemnized with pomp and parade, with shows, games, sports, guns, bells, bonfires, and illuminations, from one end of this continent to the other, from this time forward forever more.


It is celebrated, but the date celebrated is not the day it was voted on and approved. It is the day it actually got signed: July 4, 1776.


Our National Anthem talks about the bombs bursting in air. It is talking about the war raging. People shot people. Cannons shot at ships, towns, and forts. Brave men did not give up the fight. Men fought on foot through bad weather with not enough clothes and sometimes without shoes. They fought even though they had meager supplies of food and ammunition. Brave women took care of their household, sewed uniforms and flags, made food for soldiers, took care of the wounded, and sent their menfolk off to war. 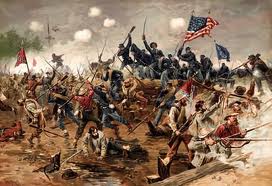 Brave men and women still to this day, fight for our country. They fight for freedom for us and others. Remember all these people as you celebrate the 4th. Have a great time. Enjoy all the good food, the fireworks, and the people around you.


I hope you have a wonderful celebration of a birthday of a great nation, The United States of America. 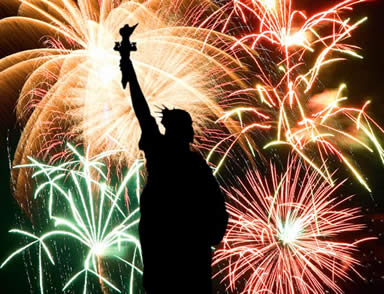 Email ThisBlogThis!Share to TwitterShare to FacebookShare to Pinterest
Labels: Bravery