Feeding of the Five Thousand Part 1

“Mother, can I go fishing?”


“I think that would be alright, after you finish milking and feeding the goat.”


“Alright.” he tossed over his shoulder as he ran outside.


His mother shook her head and smiled to herself. The loaves of bread were finished baking and she took them from the oven and placed them on the table. The aroma filled the air. She set six small barley loaves to the side. On a shelf sat a small worn satchel. Her fingers caressed them as she thought about the other hands who had touched it over the years. The leather was soft and oiled from use by her grandfather, father, husband, and now her son. Sweet memories flooded her mind. She thought this would be perfect.


Out in the shelter, the boy, who we will call Benjamin, patted his goat on the side as he reached under her to gather the full jug of milk. He carefully placed it around the corner. Benjamin grabbed the pitchfork and scooped up some hay and dumped it in the manger. He added a handful of barley. “There, that should hold you until tomorrow. Don’t get into mischief while I’m gone. Mother said I could go fishing!” He gave her a quick hug before turning toward the house. 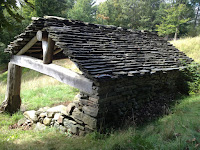 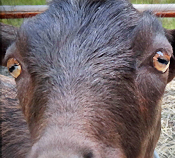 Benjamin hoisted the heavy jug and carried it into the house. “Here is the milk, Mother.”


“Thank you. Why not have a drink while I fill your satchel.”


“I thought it was time for it to be yours. I’ll put some loaves in it for you to snack on while you catch your fish. Fish sounds lovely for supper tonight.”


Benjamin took the gift and slung the strap over his shoulder and rubbed his thumb over the soft smooth surface. “Thank you Mother. I’ll take good care of it. And come back with ten grand fish!”


His mother chuckled at his exuberance as she watch him run down the worn path.


Benjamin scrambled over the boulders lining the side of the lake. This spot was perfect. It was deep here but not a good place for the boats to dock. This way, he would be alone.

The fish were not biting today. His stomach growled. The satchel contained some barley loaves and a leek. The leek was nice and crunchy while the loaf he ate was soft and warm.


All of a sudden, his fishing line bobbed. The fingers in his hand automatically tightened as he tugged lightly. Yep, there was a nibble. He jerked it. Then slowly and carefully he drew the line out of the water.


The fish was small and wiggled while he extracted the line from its mouth. Next, he line sailed through the air and landed with a splash in the lake. He was ready for another wait. He thought about his family as he waited for a fish to bite on his line. His sister, Maria, was married and his older brother, Joshua, worked long hours for a farmer. The satchel should have gone to him. I wonder why Mother gave it to me.


His ears caught the sound of people walking behind him on the road. He turned to see a pleasant looking man and a few other more rugged characters walking with him. They were in deep conversation, but he couldn’t make out what they were saying. At that moment, his line jiggled in his hand. He pulled out another small fish and added it to the other one.


Something about the men drew his attention and he got up to have a closer look. The calm smiling man turned his head and fixed his gaze on Benjamin. No one had ever looked at him that way before. His spine tingled and his heart beat a little bit faster. He smiled back at the man.


The man turned back to his companions and kept walking. One of the other men turned and took Benjamin in, from his filthy bare feet to the top of his curly ruffled hair blowing in the breeze. This made Benjamin smooth out his tunic and straighten his rope belt.


A short distance away, a huge crowd of people were coming. They seemed to be following the man with the kind face. Benjamin trotted back to his stuff and gathered them up. With his satchel over his shoulder and the fish secured to a skinny piece of rope, he followed the small group of men. He counted them—thirteen.

Find out who Benjamin is following as we continue our story in the next lesson.
Part 2 here