David wanted to build the Lord a house. The house or Temple would be built by his son Solomon but David would gather all the material. Remember in our last lesson, that David bought the threshing floor and built an altar to the Lord on the land? That is the site where he wanted the Temple.


David gathered together workman for this monumental task. Stonecutters, iron workers, lumbermen, carpenters, craftsmen, and other artisans, or people to make special ornamental things. He gathered so much bronze, silver, and gold it could not be weighed. He wanted the house to be impressive, saying, “Solomon my son is young and inexperienced, and the house to be built for the Lord must be exceedingly magnificent, famous and glorious throughout all countries. I will now make preparation for it.” (1Chronicles 22:5) 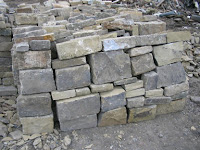 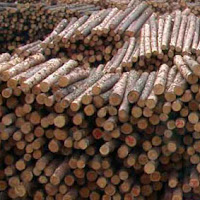 David called his son, Solomon, and reminded him that the Lord wanted to establish his kingdom through Solomon. The Lord would help Solomon and make him prosperous. David blessed Solomon, “May the Lord give you wisdom and understanding, and give you charge concerning Israel, that you may keep the law of the Lord your God…. Be strong of good courage; do not fear nor be dismayed.” (1Chronicles 22:12-13)


David showed Solomon all that he had prepared and told him he could add to it. He told all the people to help Solomon to build the Temple so it could hold the Ark of the Lord and all the sacred articles belonging to God. The Temple would be built for the Name of the Lord.


David knew his time on earth was limited. He had Solomon, his son, to be anointed the next king. He gathered all the priests and princes of the land. He encouraged great wise elders to be by Solomon’s side. David gathered the whole assembly and they anointed Solomon as the next king.


King David’s health began to decline. He took to his bed. There were people in the kingdom who were jealous that Solomon would be king. One was Solomon’s half-brother, Adonijah. He tried to get the people to call him king and made many burnt sacrifices. This was all done without David’s knowledge.


Bathsheba, Solomon’s mother and Nathan the prophet, went to David and told him what was happing behind his back. David arranged for Solomon to be crowned king and to ride in his own mule for all the people to see. 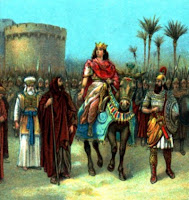 This they did, and the people shouted, “Long live King Solomon!” Solomon forgave his brother, Adonijah, for trying to take away his rightful throne.


David knew his time was ending and called for his son, Solomon. “I go the way of all the earth; be strong, therefore, and prove yourself as a man. And keep the charge of the Lord your God: to walk in His ways, to keep His statutes, His commandments, His judgements, and His testimonies, as it is written in the Law of Moses, that you may prosper in all that you do and wherever you turn; that the Lord may fulfill His word which He spoke concerning me, saying, ‘If your sons take heed to their ways, to walk before Me in truth with all their heart and with all their soul,’ He said, ‘ you shall not lack a man on the throne of Israel.’” (1 Kings 2:2-4)


King David reigned over Israel forty years. He rested with his fathers and was buried in the City of David, Jerusalem.


Then Solomon sat on the throne of his father, David; and his kingdom was firmly established. (1 Kings 2:12) Solomon built a beautiful temple to the Lord.

The Lord called David a man after His own heart. David loved the Lord. He tried to do right. When he sinned he was quick to acknowledge it and repent. He wrote most of the Psalms in the Bible. Those Psalms are full of crying out to the Lord, the Lord answering, and praise to the Lord His God.

I hope you liked learning about David and will be able to apply to your life the things he learned from the Lord. The things David said to Solomon can be true in our lives. If we honor and obey the Lord he will help us. We don’t need to fear because the Lord is with us.

Please memorize these words David said to his son Solomon which he quoted from Moses in Deuteronomy 31:7 and 8 and was repeated by Joshua in Joshua1:6,7and9. 1 Chronicles 22:13b …be strong of good courage; do not fear nor be dismayed.