Maralina loves her dog, Rex. Rex was her dog for four years and they were close. Now, Maralina is very sad because Rex got very sick and died. She cried and cried. Rex used to sleep on her bed at night. Rex followed her around. She told him everything. He always listened patiently. Rex was the best dog a girl could ever want. 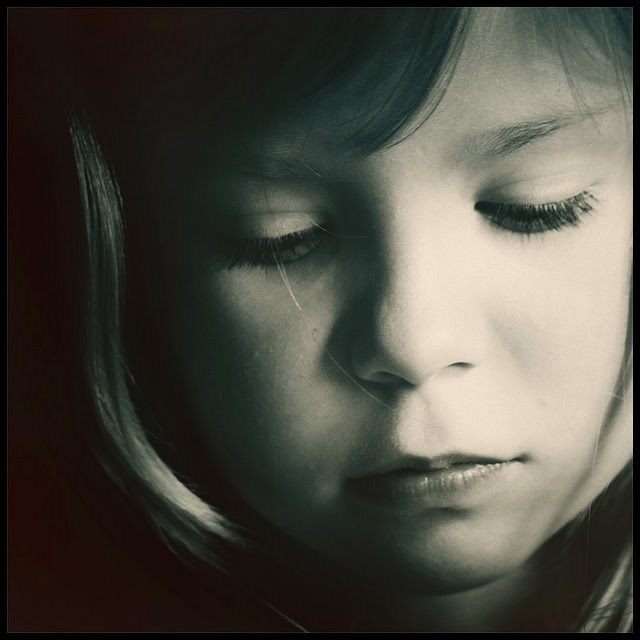 Maralina moped around the house for weeks, missing Rex. Her parents watched her sad face. She wasn’t interested in fun things. She just sat and stared at nothing in particular.

Then one day, she heard a whining sound. Her father carried a cute yellow lab puppy which was only a few months old.

He said, “Maralina, this puppy needs some love and attention. She’s yours and you can name her.”

“I don’t want a dumb dog. I want Rex!” Crying, she ran to her room and threw herself onto her bed.

For the next few days, the puppy tried to get close to Maralina, but Maralina either walked away or pushed the puppy away. Her parents took care of the puppy and waited and hoped Maralina would come to love the puppy.

One night after Maralina was asleep; her father took the puppy into her room and placed her next to her. In her sleep, she wrapped her arm around the pup. The puppy sighed with contentment. They both slept that way the rest of the night. When Maralina opened her eyes the next morning, she saw the pup. “What are you doing in here?”

She dropped him on the floor and chased him out of her room closing the door behind him.

Later that day, the pup saw her and bounded over with tail wagging and pink tongue hanging out. She was hoping for a hug, pat, or kind word. Maralina crossed her arms and stared at her. The pup skidded to a stop and sat down with a sad look on her regularly happy face. Maralina turned and ran off. The pup ran after her, but Maralina slammed her bedroom door in her face. Sadly, the pup lay down outside Maralina’s door with her head on her front paws. 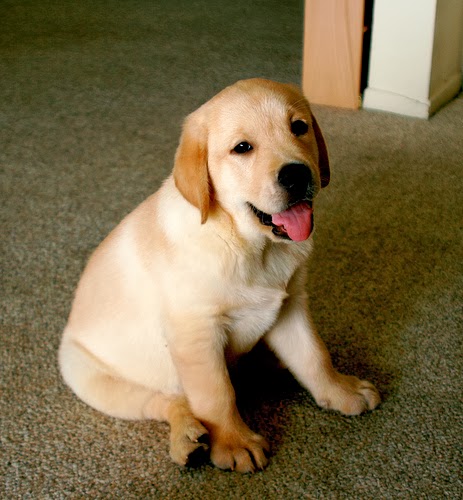 An hour later, Maralina opened the door and was surprised to see the puppy there. The pup jumped up eager for her attention, but Maralina stepped around her. The pup followed slowly behind her, keeping as close as she thought she could.

Maralina turned. “Go away! You are not Rex!” The pup sat down with a plop and cocked her head. Maralina walked away and the pup followed slower and a little bit farther back.

One day, Maralina walked home from school as snow began to fall. Huge white flakes fell silently down. Soon it covered the grass, trees, sidewalks and road. It was getting thicker. Then the wind picked up. 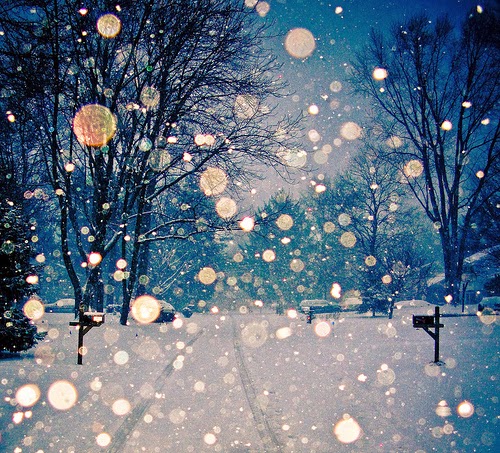 By the time she got home it was a blizzard. The wind blew sideways almost knocking her down. The front door was locked and no one opened it when she rang the doorbell. Struggling with the gate, she made it through to the back yard. There she found the door locked with no one to answer. Angry and afraid, she sat down on the step. Her mother was normally home when she got there. Where could she be? She didn’t have a key because she had never needed one. What was she going to do? She was tired, cold, and hungry. More importantly, she was alone and afraid. Tears were silently falling down her already wet face.

All of a sudden, she felt a warm tongue on her hand. She looked down into two brown sweet eyes. The puppy was there for her, trying to make her feel better. At first she pushed the puppy away, but when she came back she hugged her. “Where is Momma? I’m afraid.”

The puppy leaned closer and gave a little whine. Maralina snuggled closer as the wind howled. They sat that way for what seemed a very long time.

Finally, they heard the door open. Maralina’s mom and dad rushed out and brought her and the pup in where it was warm.

“We are so sorry, Maralina, Mom’s car broke down and I needed to pick her up. Are you all right?” asked her father.

They hugged her and her mom said, “We’re very glad you’re alright.”

Maralina’s father talked to the pup as he rubbed the snow off with a towel, “You were a good girl taking care of our little Maralina for us.” The pup wiggled and tried to lick his face. Laughing, he set her down. She ran over to Maralina, sat down, cocked her head, and then made a soft whine.

Maralina reached down and grabbed her up in a big hug. “I think I will call her, Shelbie.”

Shelbie barked a cute little bark and the family snuggled into a group hug.

Her father said, “That’s a perfect name for our little puppy. Shelbie means loyal. Shelbie has been a loyal friend for you all this time.”

Boys and girls, do you know someone who is loyal? Are you a loyal person? Loyal means giving or showing firm and constant support or allegiance to a person.  The Lord wants us to be loyal to Him and others. The Bible is full of people who were loyal to the Lord and their friends. In 1 Samuel 19 you find a very faithful or loyal friend in Johnathan toward David. There are other words which are similar to loyal: faithful, devoted, fond, dependable and inclined. Psalm 119:12 says, I have inclined my heart to perform Your statutes Forever, to the very end.

Memorize: Psalm 119:12 says, I have inclined my heart to perform Your statutes Forever, to the very end.

Email ThisBlogThis!Share to TwitterShare to FacebookShare to Pinterest
Labels: Loyalty