Way up in the mountains of Colorado, above where the trees grow or what is called timberline, lives a small mammal named Heller. Heller, whose name means "dweller on the hill," is a marmot. Marmots live near or above the timberline in the high mountains all over the world. They dig and make their homes or burrows under rocks. Marmots sleep or hibernate through the winter when it is too cold and food is scarce. In the spring, when the snow is melting, they come out of their burrows. They are hungry and search for food. Marmots come in a range of colors depending where they live from darker brown to a golden yellow color.

Heller was very hungry when he came out of his burrow and blinked at the bright sunshine. The air was crisp and a slight breeze ruffled his fur. His mother, Harlean, whose name means "dweller by the boundary wood," led the way looking for food.


Marmots eat grass, flowers, leaves, and berries. Halean found some grass sticking up out of the melting snow. She uncovered it with her claws. Heller thought this was a feast as he munched on the tender grass. Looking to his right, he spied a few small delicate yellow flowers and he quickly gobbled them up.

Their days began with waking in the early morning and crawling out of their burrow to look for food. Then they played or laid out in the sun on a rock. Soon as it looked like it may get dark, they scurried into their den. The marmots stay close to their burrows and keep a lookout for their predators.  If they are alarmed because of danger, they make a loud whistling noise. 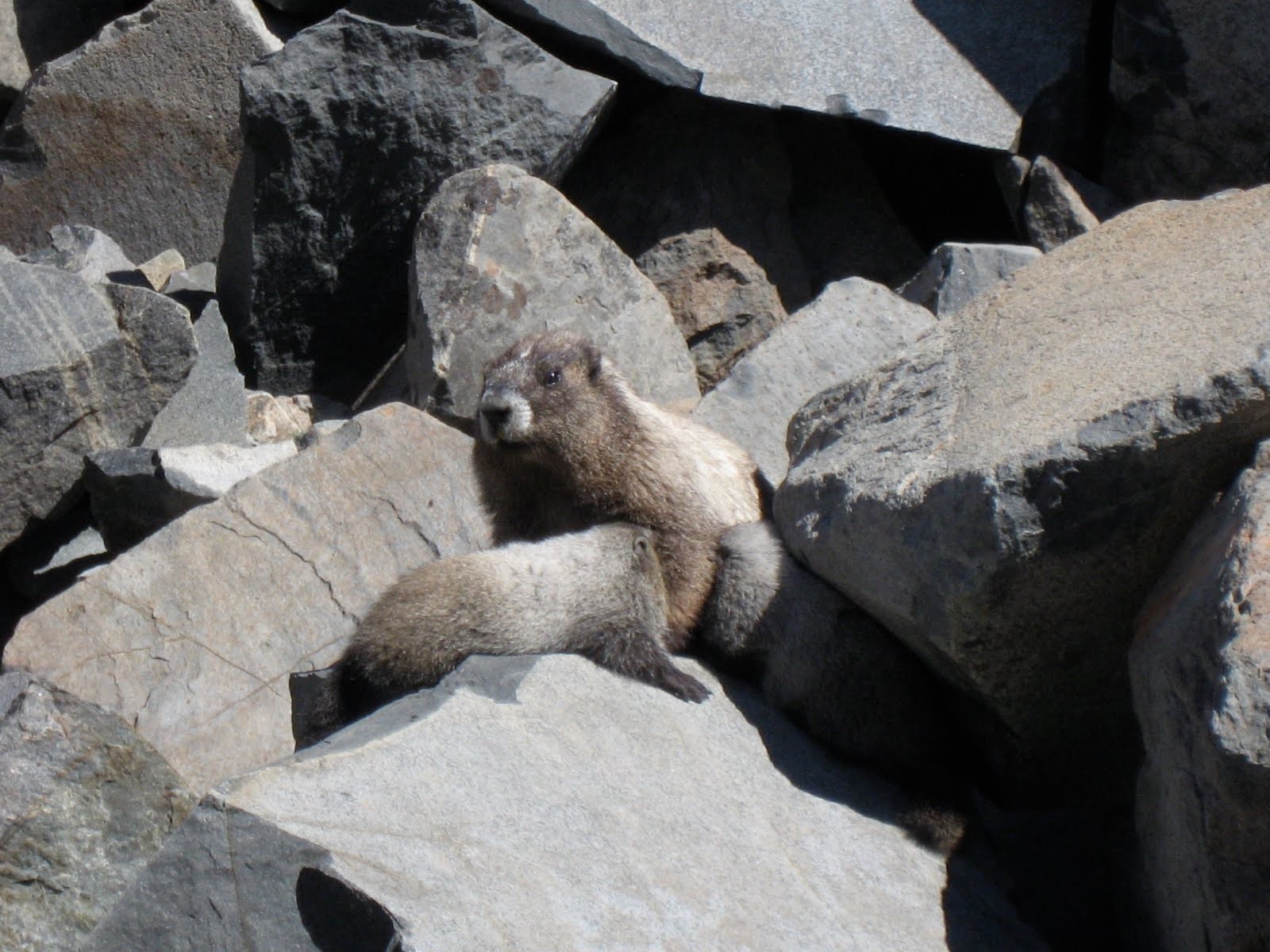 One day Heller saw something he didn’t remember seeing before. It was a human. People like to climb the mountain Heller lives on. He was too young the summer before to remember the hikers. Heller wanted a closer look. So, he tentatively walked closer to the human. The human was sitting on a boulder eating a snack. When the human saw Heller he threw a cracker toward him. Heller sniffed the cracker and then licked it. He thought it tasted good so he picked it up and ate it.


Halean told Heller not to eat the food tossed to him by the humans and not to get so close to them. She told him she once saw a human chase a marmot. Another human hurt a marmot by giving it something to eat that made the marmot sick.


Heller watched the other marmots eat the human’s food right out of their hands and they seemed to be alright. He thought his mom was just being paranoid or overly anxious and suspicious. He was fascinated by the humans and loved their snacks they threw at him. He didn’t listen to his mother, and as soon as she was not looking,  he ran closer to get a snack. 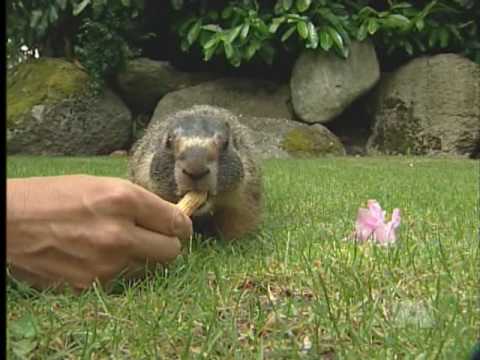 Every morning Halean reminded Heller not to get too close to the humans, but every day he became a little braver, getting closer and closer to the hikers. On rainy days, the hikers did not come. However, most days he would see anywhere from one to ten hikers come up the trail on his mountain.


Heller did not obey his mom, even when she scolded him. Once she kept him in the burrow all day until the hikers were gone. This did not deter him. He was determined to get close to the humans.

Then it happened. The day was beautiful, bright and sunny with hardly a cloud in the sky. A tall human hiked up the trail, followed by a shorter human. Heller was excited because he had never seen a smaller human before.


The hikers were a father and son. This was the son’s first real mountain climb. He was excited that day. He had made it to the top and was very pleased with himself. The boy saw the small creatures and asked his father what they were. His father explained that they were in the rodent order called a marmot. They eat plants and live under rocks.


The boy was fascinated by the little fat one that came very close. He was eating Cheetos and threw one to the little fellow.  The marmot was Heller, and he grabbed the orange thing up and ate it. Heller loved the flavor and wanted more.

The boy threw one a little shorter, bringing Heller closer to where he sat on the rock. Heller gobbled that one up too. The next Cheeto landed very close to the small human. Heller hesitated and a small voice in his head told him he would get into trouble if he got too close, but the orange food thing tasted so good. He cast caution to the wind and ran up and snatched it. He was eating the last of it when he was grabbed and stuffed into a bag. Heller tried to whistle, but when he took a big breath, the Cheeto lodged in his throat. Instead, all he could do was choke and cough. The boy got up and said, “Dad, I’ll race you down!”


His father called, “Take it slower, Joey, it can get slippery!”

That was the last time Halean saw her dear son Heller.


Heller did not obey his mom and a terrible thing happened to him. He was stolen. We don’t know what happened to him. Maybe the boy took him home and put him in a cage, keeping him as a pet. All we know is Heller was never running free around the beautiful mountain with his mom ever again.


Parents give their children rules to live by for their protection. Parents tell their children things like: "Don’t talk to strangers." "Stay where I can see you." "You may not go there alone." "Stay in our yard." "Always go in groups." "Don’t take things from strangers." "Don’t go wandering off." There are other important do’s and don’ts that parents say. These are for the good of the child, and not intended to make their life difficult.


Memorize: Proverbs 6:20 My son, keep your father’s command, and do not forsake the law of your mother.


Please take the time to write a comment in the box at the bottom. After you write your comment, there is a pull down that says “Comment as” click any one of those from Google Account to the last one Anonymous.  I would love to hear from you and will answer any comments. Thank you, Robin


Email ThisBlogThis!Share to TwitterShare to FacebookShare to Pinterest
Labels: Obedience