Braylin is a rabbit who loves to run. She runs very fast, faster than any other rabbit. She thinks she can out run a hawk! Braylin also likes to tease. She likes to tease birds of prey.

Heller is a hawk. Heller does what hawks do. He searches and catches small animals for food. Hawks are great hunters. They swoop down on their prey of mice, snakes, squirrels, chipmunks, fish, rabbits and other smaller animals. Most of the time, after catching an animal, the hawk flies up to a tree or other high location to eat its meal. 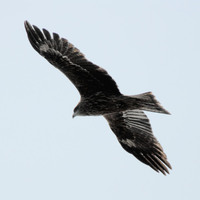 Braylin likes to get Heller’s attention and then run away to safety. There have been many close calls, but Braylin manages to get away. She thinks this is a fun game. She teases Heller as often as she can.

Braylin’s best friend Hailey is worried that someday Braylin will not run fast enough and will get caught. Hailey tries many times to talk Braylin out of her teasing game. Braylin will not listen. She likes the game of teasing and escape.

Braylin hid in the dry grass. As soon as she saw Heller, she stood up and darted out into the open. Then she darted back in a zigzagging pattern until she got to a safe place.

Heller recognized Braylin as the rabbit he has tried many times to snatch up. Every time he missed her, he got more and more frustrated. He didn’t know she did it on purpose. He just knew he had never seen a faster rabbit. He hadn’t stopped to think of why he had seen her so many times. He was frustrated and annoyed that he couldn’t catch her.

One day, Braylin finished her breakfast and decided to go out to tease Heller. Hailey recognized Braylin’s mood. She knew Braylin was about to go do her dangerous game of teasing the hawk. Hailey tried to stop her and hold her down.

Braylin was bigger and just shook her off. Braylin told Hailey not to worry. She said she was much faster than any hawk. She reminded her that Heller had not caught her yet, and he wasn’t going to.

Braylin ran out of the protected area, but before she could set up the game, Heller swooped at her! He came early and was waiting for her. He was tired of the game and wanted to snatch up the rabbit.

Braylin ran as hard and fast as she could. She darted and zigzagged, but Heller had figured out her moves. He anticipated her, swooping at just the right time, and caught her! Oh no!

Braylin was so surprised, she forgot to struggle! Too late, his talons were locked on! Her heart was beating so fast she thought it would beat right out of her! She knew she was a goner! Just then, another hawk swooped down on them. The hawk was trying to snatch Braylin away from Heller. They were fighting and swooping all over. Heller got mad and tried to bite the other hawk which caused Braylin to slip out of his talons. The other hawk dove after Braylin. She thought she would die in the fall, but the hawk caught her. Then Heller attacked the hawk. They flew at each other, lower and lower they went, fighting over Braylin. Finally, Heller knocked Braylin out of the other hawks talons. Braylin fell through the sky toward the ground.

Braylin started running before she landed. All she could think of was to get away! She had never run so fast in her life! She was able to get away to safety because the hawks were still fighting. She didn’t look back to see the outcome of the fight. She ran straight to her burrow to hide. 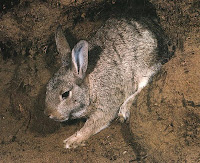 Hailey asked her why she was trembling. Braylin told her what had happened. Braylin knew she was lucky and didn’t want to tease a hawk ever again!

The hawks got tired of the fight and flew off in opposite directions, looking for prey. Braylin learned her lesson the hard way. She could have died or gotten terribly hurt that day.

Sometimes we tease and it is just in fun.We are playing and it is done with a good attitude. At other times, we tease and it goes too far or hurts people. It can come across as mean. When that happens it is a terrible thing to do. Playing tricks on, or making fun of others, is teasing. It is a mean thing to do. People get hurt. The one who is being teased gets hurt and the one doing the teasing gets hurt. When you tease, you become a mean, cruel person. People lose respect for you. So boys and girls please be kind. Don’t play tricks or tease others. I’m praying for you.

The Bible says in Proverbs 11:17 The merciful man does good for his own soul, but he who is cruel troubles his own flesh. That means if you are cruel you make trouble for yourself. Ephesians 4:32a And be kind to one another… Zechariah 7:9,10b Thus says the LORD of hosts: execute true justice, show mercy and compassion everyone to his brother. Let none of you plan evil in his heart against his brother.

Memorize: Proverbs 11:17 The merciful man does good for his own soul, but he who is cruel troubles his own flesh.

Verses in NKJV unless otherwise stated.
Email ThisBlogThis!Share to TwitterShare to FacebookShare to Pinterest
Labels: Teasing