David killed Goliath. There is much more to David’s life than that one incident. His life included music, sheep, battles, hiding, giants, ups, down, and conflict. As a young shepherd he was anointed king. He ran for his life. David played the harp before royalty. His life was full of excitement that started at a young age.


Samuel, the priest and prophet at that time, was asked of God to anoint another to be king. At the time, Saul sat on the throne. King Saul started out well, loving and obeying God, but his pride got in the way.


God sent Samuel to the town of Bethlehem to a man named Jesse. Jesse had eight sons and who knows how many daughters. God said one of Jesse’s sons would be the next king.


The first son stood strong and handsome before Samuel. God said, “This is not the one.”


The second son appeared accomplished and tall. Samuel thought he would be a good leader. God said, “I have refused him. For the Lord does not see as man sees; for man looks at the outward appearance, but the LORD looks on the heart.” 1Samuel 16:7.


Seven of the sons went before Samuel and the Lord said no to each one. Samuel asked if Jesse had more sons. Jesse said, “There remains yet the youngest, and there he is keeping the sheep.” 1Samuel 16:11 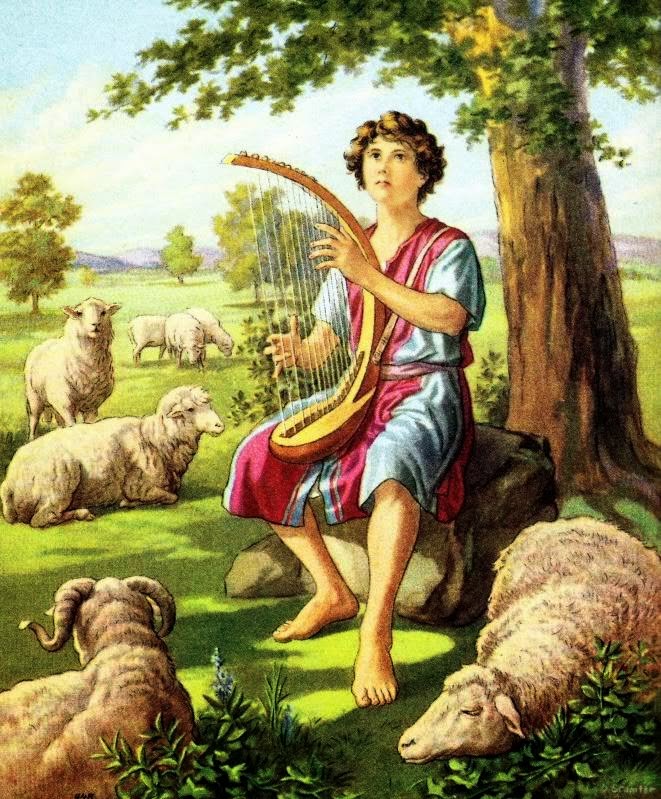 David came from the pasture. He was ruddy with bright eyes and good looking. God said, “This is the one!”


Samuel took the horn of oil and poured it on his head, declaring he would be the next king. The Bible says the Spirit of the Lord came upon David and never left him. 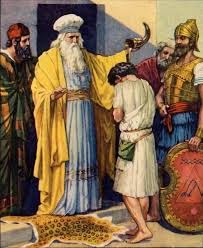 A young man whose occupation was taking care of sheep and goats would be the next king. Many years would pass because David had important things to learn.


One day, King Saul was tormented by an evil spirit. His advisers told him a young man who played the harp could sooth him. This young man happened to be David. David was again called from the pasture where he attended his sheep.


David brought his harp and played soothing melodies for the King.

The king's attitude clamed down. Saul loved David and his playing and made him one of the many armor bearers. David divided his time between taking care of sheep and playing his harp for the king.


Shepherds must be strong to take care of wild beast that may attack. Lions, bears, wolves, and the like eat sheep. The weapon David used to scare off these beasts was a sling shot. He probably practiced enabling him to use it with precision. 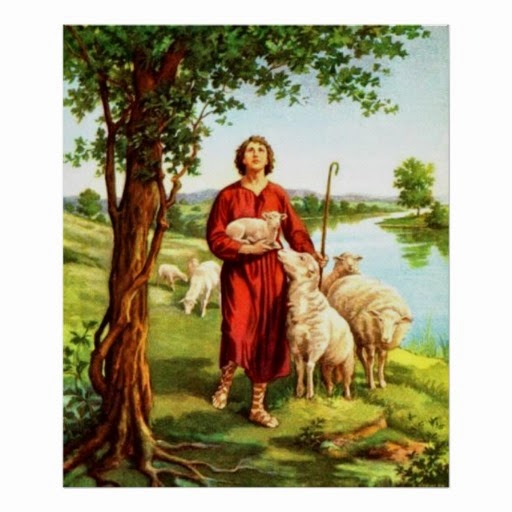 David came upon a lion attacking his sheep. He ran after the lion and shot a rock at it. The lion stumbled and David grabbed it by its beard and killed the lion and saved the sheep’s life. At another time, David found a bear with a lamb in its mouth. Fearless, David attacked the bear and killed it, saving the lambs life. 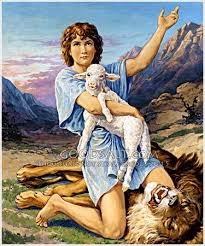 David as a young boy, knew he needed the Lord’s help in his life. He asked for help from the Lord to kill these wild strong beasts with his sling shot. The Lord gave him strength.


David was available to do whatever the Lord wanted him to do. He was content to watch over the sheep or play the harp for the king. The Bible records many songs David wrote. You can find them in the book of Psalms. Most of the Psalms were written by David. The Psalms give the Lord praise and some cry out for the Lord’s help. 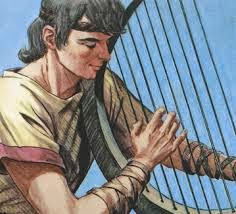 This part of David’s life tells us he was available, obedient, strong, faithful, and had faith in the Lord. These are attributes we should have in our life.

Memorize one or both: 1Samuel 16:7b For the Lord does not see as man sees; for man looks at the outward appearance, but the LORD looks on the heart.


Psalm 91:1 He who dwells in the secret place of the Most High shall abide under the shadow of the Almighty. A psalm of David.