This particular day, Chucky followed an unfamiliar scent. He stood on his back legs to get a good whiff. What is that smell? On all fours again he runs toward the aroma. The path took him farther from home than he realized. In front of him stood a large brick building. A door is open and out of it waifs a fragrance he can’t identify. He sniffs, sweet and probably crunchy.

Without thinking about the consequences, he enters the building. He runs along the wall behind cabinets, shelves, and desks. He breathes deep taking in the smell. This makes his mouth water. Where is it? Chucky zips forward. He follows the scent, weaving around furniture and darting across openings. Finally, he comes to a box where his nose tells him he has found what he is searching for. 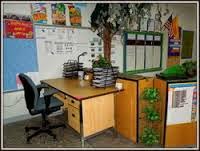 He is too short to see inside the box. Chucky jumps up tries to climb the box wall. The box is too tall and slippery. So, he backs up and runs at the box, leaping higher. Still, he slips. Again he tries. This happens many times, each time he backs up farther. He is getting tired. Once more, come on Chucky you can do it! With a burst of speed and a mighty leap he catches the top of the box. He hangs on catching his breath. The odor is very strong. Chucky smiles as he looks at prettily wrapped sacks filled to the brim with colorful bites. He isn’t sure what they are but he imagines them to taste heavenly. A loud bang interrupts his thoughts.
People! Oh no! People! He has been warned about people. “Those giants could squish you,” he remembers his mom saying. Once, he was chased by a boy and his dog. Frightened and shaking, he can’t hold on to the top of the box and slides back down.

Foot falls were coming his way.


He scurries behind a desk. A person picks up the box filled with the sacks of heavenly scented food. Smaller people reach into the box and take out a sack. The smaller people are talking and laughing. Excitement fills the room.


Music starts at the other end of the room. Small people sit in bunches on the floor or chairs. They are eating the colorful food. Chucky watches as tiny bits fall from the small people’s hands. His mouth waters. Those people need to leave so I can eat the fallen pieces.


“Aaah! What is that?” Chucky heard it coming from one of the people.


An eruption of feet and chaos ensued. People bump into each other trying to get away.


“Settle down!” is the command from the taller person.


A hush falls. The room empties out.


Chucky doesn’t know what to do. The people leave from the way he had gained entrance. He scans the room and notices the tiny bits of food on the floor. Should I risk it? Wide-eyed, he shoots toward a morsel and jams it into his mouth as he keeps going to another hiding place.


He chews and pants. This is yummy! I knew it would be good. Sticky and crunchy at the same time, as I hoped. It’s heavenly. He glances this way and that, then skids across the floor snagging another piece. Off he goes after another, then another. He is so engrossed in his passion of the food he forgets the danger he is in. 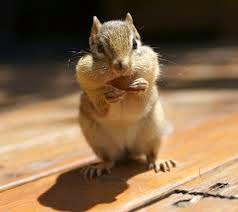 Again he leaves the protection of his hiding place.“There you are,” startles him as something almost catches him. By a hair’s breadth he escapes. Chucky is running for his life, darting this way and that. He squeezes himself behind a cabinet. Breath comes in gasps as he waits. He is so frightened. What is he to do? He barely got away from the trap but he is still trapped. The door is blocked by people and he doesn’t know of any other way out.


All of a sudden it looks as if everyone is leaving the room. Chucky waits a while and slowly sneaks out of his hiding place. He swerves from a crash beside him. The door opens as if by itself. Wide open space greet his frantic senses.

Boys and girls, will Chucky get out or is it a trick? Who are the small people and tall person? Where do you think he is? What is the heavenly, sticky, yet crunchy food?


Stay tuned. Our story will continue in our next lesson.


Hint and something to think about: There are things out there that frighten us but sometimes things are not as they seem.