I read a book recently with a title and theme on forgiveness. In the book a young woman learned to forgive her father for some terrible things he did to her.


Have you been hurt by someone? That person could have hurt you physically like hitting you or hurt your feelings by saying something mean. People don’t normally mean to hurt you but when it happens how do you respond?


Bats come in different varieties and sizes in the world. Some are huge and some are tiny.

Squeaky is a bat that lives in a large colony. She has her favorite places to sleep upside down in the dark recess of the cave. The cave is her home and she has close friends in the colony. Near the cave is her favorite bush that’s full of nice juicy fruit that taste so good. Everything she needs is close, comfortable home, food, family, and friends. The colony is large and the bats congregate together in a huge clump.
As the sun reaches the horizon in the east the bats make their way into the dark cave. Bats are nocturnal or they only come out at night. Squeaky found her favorite spot next to her friends and cozied in to sleep. Right when they are all comfortable, Needles another bat pushed his way through and snuggled up between Squeaky and her best friend, Flutter.
“Needles, what are you doing?” Squeaky asked.


“Getting comfortable,” answered Needles.
“Why don’t you go over by your friends? This is our place and we always sleep here.” Flutter said.


“I know but it’s more fun here.” Needles said.
“Please go away,” pleaded Squeaky but Needles didn’t move. The three friends tried to make the best of things. They would have spent a few minutes talking but not with Needles present. Squeaky didn’t know why Needles tried to annoy her. Getting comfortable was difficult with him there. She didn’t want to touch him, let alone lean into him. Beanie her friend on the other side, was leaning on her causing Squeaky to strain to hold herself away from Needles. Sleep was going to be rough today, if she got any at all.


When the females were about to sleep, Needles swooped away from them and joined his group of friends. Squeaky, Flutter, and Beanie stretched out a little and got comfortable.
“I’m glad he’s gone. He’s probably talking about us.” Flutter said. The trio of friends thought they heard Needles and his friends laughing.


That night, the friends along with thousands of other bats left the cave. They were hungry. Squeaky reached her favorite bush and bit into the flesh of a berry. 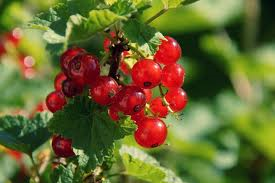 The branch she was on swayed.


Squeaky looked to her right. “Now what do you want?”
“I thought I’d try the berries.” Needles said.


“Your friends are off enjoying a great night out, why don’t you join them?”
“I will later.”

Squeaky tried to enjoy her fruit, but Needles kept shaking the branch and making noises. Squeaky couldn’t take it any longer and flew off. Needles came up next to her in the air.

Annoyed and a little angry she said, “Stop following me!”


Needles laughed and glided away. Squeaky didn’t want to be an angry and an unforgiving bat. She wanted to forgive Needles even though he didn’t ask for it.

Right then, she felt a touch on her wing. Looking over her shoulder she saw Needles speed away from her. He swooped at her a few more times, always barely touching her. Squeaky felt she needed to be kind to him and forgive him even when he annoyed and bothered her.
Needles annoyed Squeaky as often as he could. He poked at her when she ate. He swooped at her when she flew. He bothered her and her friends. Squeaky forgave him each time.


Soon, his annoying behavior lessened. He didn’t bother her as often. Finally, he stopped bothering her completely.
She flew over to him and asked him, “Needles, thanks for giving me some peace, but why are you leaving me alone?”


“You didn’t get angry or yell. It wasn’t much fun.” He smiled and flew away.
Squeaky was glad she did the right thing.

Memorize: Matthew 18:21-22 Then Peter came to Him and said, “Lord, how often shall my brother sin against me, and I forgive him? Up to seven times?” Jesus said to him, “I do not say to you, up to seven times, but up to seventy times seven.

Email ThisBlogThis!Share to TwitterShare to FacebookShare to Pinterest
Labels: Forgiveness