Delbert is a bullfrog who lives in Pennsylvania, USA. He loves his pond in which he was hatched.

One day, he was sitting on a lily pad trying to catch flies when he saw something he had never seen before. It was a small boy. He had heard talk of people and guessed these were them. He figured out that the big person was the little person’s father.

The boy was playing in the water. His father was close by, watching him. Delbert heard the boy’s father call him Jacob. Delbert liked the sound of the name the boy had. Jacob splashed and giggled. Delbert had never heard such a wonderful sound. Delbert decided to get closer, so he got in the water and swam close to the boy. He watched him from the comfort of the pond water. His eyes were barely noticeable above the surface. A fly landed on his head, and without thinking his tongue flipped out and snatched it. This got the attention of Jacob.

Jacob squealed with delight and lunged at Delbert. Delbert moved just out of reach. Jacob was about to go in father to grab Delbert, but his father stopped him by grabbing his shoulder. “Whoa Jacob, the water is deeper there and you could get hurt!”
Delbert was amazed at how tenderly the father took the boy out of the water. Delbert was interested and swam closer. Soon, he was crawling out of the water. He hopped over the see Jacob and his father. They seemed to be having fun drying off. The father tickled Jacob which made him laugh. He loved the way they interacted and wondered what it would be like to love and be loved like that. Then the father picked Jacob up and put him on his shoulders. Delbert was afraid Jacob would fall and get hurt, but he soon realized that Jacob had been up there before and felt very comfortable. The father ran around and Jacob giggled. He felt so confident up there he raised his arms in the air. His giggle turned into laughter. Delbert wondered what it would be like to trust someone like that.

Delbert liked Jacob and his father. He hopped closer. The father set Jacob on the ground then sat down. “You wear me out, partner.” Jacob laughed and threw himself at his father which made his father fall backwards. They were both laughing. Their laughter died down and they continued to lie there. Jacob got up and walked toward the water. His father jumped up and followed. “Jacob, we are all dry, don’t get into the water again.”

Delbert didn’t know what to do. He wanted to watch them and yet was a little bit afraid. The father grabbed Delbert, so Jacob could hold him. Jacob squealed with delight. Delbert realized the father still had hold of him while Jacob was holding him. He felt secure; like the father wanted to make sure he was not harmed.

After a while, the father said, “Jacob we need to get home. Let’s put our friend here back in the water.”

“I don’t think Mama would like for us to bring home a bullfrog. We don’t have a proper home for him at our house. He lives here, and you wouldn’t want to take him away from his family. Right?”

Sadly, Jacob shook his head. “Ok, you can put him in the water.”

The father took Delbert to the water’s edge, placed him carefully down and walked away. Delbert turned and watched them walk away, hand in hand. 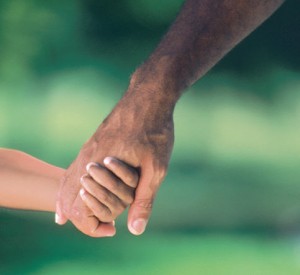 The next few days he thought about what happened. He wished they would come back. He would be ready.

The next year he heard a familiar voice and knew it was Jacob. He was back with his father. He had grown! They played and Delbert got closer. Almost the same thing happened. Jacob pointed and said, “Look there is a frog!”

“That looks like the one we saw last year! Amazing he is still here and he is hopping closer," the father said. Jacob bent down and tried to pick him up. His father helped him get Delbert into the crook of his arm. Boy and frog sat there for a while enjoying each other. “You know you will need to put him back. We cannot take him home.” Jacob nodded and his father took Delbert and sat him on the ground. Too soon they headed off holding hands. Delbert hopped after them.

They got into a car and drove away with Delbert hopping after them. Delbert could not possibly keep up, but he saw they had turned into a community of homes. He hopped up to the first house and tried to get in. He croaked. No one came to the door. He hopped to the next and the next. He stopped for sleep and tried again the next day. He wanted desperately to find Jacob.

Finally, he heard him playing in a yard a few houses away. Delbert hopped up the street to the house, but was too late. Jacob had gone inside. Delbert did what he always did. He croaked at the door. He kept croaking and croaking, hoping Jacob would let him in. 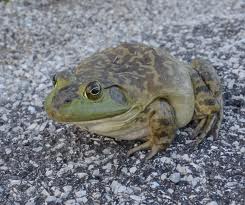 Slowly the door opened. A head peeked out, and Delbert took that opportunity to hop inside. The lady screeched! “A frog!”

Delbert heard running feet and was grabbed up into the strong yet secure hands that had held him before. “Well, I’ll be! Jacob, come see who came knocking on our door!”

Jacob ran in and said, “Daddy, it’s my frog we found at the pond! Can I keep him?” Plleease?”

“That is up to your mother.”

The mother was unsure. “Where would we keep it? Is it friendly? Girl or boy?”

“Yippee!” said Jacob. They made a nice home for him and called him Huey. Delbert, who is now Huey, was never afraid or hungry. He had clean water all the time and played with his pal Jacob. He learned that he could trust Jacob and his father. Delbert, or shall I say Huey, lived a nice happy long life and watched Jacob grow up.

Trust is an important thing to have. We trust our parents to take care of us. We know they have our best interest in mind. They feed and clothe us. Parents give us a nice place to live. They stop us from doing things that will hurt us. They protect us. Our parents want what is best for us. They train us to get along with others. Sometimes they have to punish us so we learn the lesson we need to learn.

God wants us to trust in Him. He will never leave us nor forsake us. He is always there. He loves us more than our parents can. He made us and wants the best for us. Isaiah 41:10 Fear not, for I am with you; be not dismayed, for I am your God. I will strengthen you, yes, I will help you, I will uphold you with My righteous right hand. Isaiah 26:4a Trust in the Lord forever… Proverbs 3:5a Trust in the Lord with all your heart… Proverbs 18:10 The name of the Lord is a strong tower; the righteous run to it and are safe.

Email ThisBlogThis!Share to TwitterShare to FacebookShare to Pinterest
Labels: Trust