Do you like snakes? I’m not a fan of snakes. My mom hates snakes and will not like reading this story about snakes. Have you ever held or touched a snake? It is not slimy like people think.

Snakes do not see well and find their prey, which is the animal they will kill and eat, by smelling them with their forked tongue. They stick out their forked tongue which collects airborne particles that are then transferred to an organ in their mouth. That organ gives the snake a directional sense of smell and a taste at the same time. If they like the taste, they will silently slither over to the food.

Snakes do not have legs. They were given legs at creation, but at the Fall, when Adam and Eve sinned in the Garden of Eden, God told the snake it would slither on its belly from then on. You can read about it in Genesis 3:14-15. 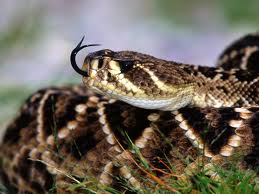 Shibe (pronounced SHEE-bey) is an African house snake.  His name means satisfaction, but that is not how Shibe thinks or acts. Shibe is sad and angry because he has to slither on his belly to get around. He wants to walk upright. He wants to be like other animals he sees. Rats, rabbits, lions, giraffes, and even turtles have legs. All the other animals have legs. He feels cheated. He tries to stand up. He raises his head and the top part of his long body until he falls back down. He just cannot stand up. Shibe is so upset that he cannot stand! He wants to so badly! He doesn’t like to be on his belly all the time. Even though he can slither so silently through the grass and sneak up on an unsuspecting rat, he is not satisfied. He doesn’t realize he is special for what he can do and who he is. 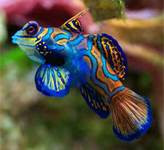 Olina (pronounced Oh-LEE-nah) is a beautiful tropical fish who lives in the Pacific Ocean near Hawaii. Olina’s name means joy or joyful, but Olina is not joyful. She is not happy she is a fish. She wants to be able to live outside the water. She is sad she is confined to the ocean. The ocean in which she lives is very blue, clear, and beautiful water.  She can swim in any direction all over the ocean if she wanted. She has many friends she can play with among the seaweed and coral. She is one of the most beautiful fish in the whole ocean. That doesn’t matter to Olina. She would rather live on land. She swims to the surface near shore to watch animals and people walk around and breathe air. She desires to do that. Some days she dreams about getting out of the water. Once she tried to. She swam out of the water onto the shore. She lay there feeling the sun on her scales but soon she realized she couldn’t breathe. A child happened to walk by and saw Olina in distress trying to breathe and tossed her back in the water. Olina did not learn her lesson. She still wishes she could live out of the water.

Warthogs are funny looking animals. Chimalsi (pronounced CHEE-mahl-see) is a warthog who lives in Africa, and his name means proud. Chimalsi is not proud of being a warthog. He hates being a warthog. He wants to fly through the air like so many birds he sees every day. He would watch the birds fly, swoop, and catch their prey in their talons and fly back to their nests. He would sit for hours wishing he were able to fly. He forgot all the things he could do like run and play. He forgot about his cool tusks and the neat sounds he could make. He forgot about being a warthog. The other warthogs are worried about him because he is always by himself watching birds. Sometimes he would kill an animal and leave it there so the vultures would swoop down and eat it. He would watch them while his own tummy was crying out with hunger. He is getting weaker by the day for not eating and taking care of himself. The other warthogs keep trying to make him eat and act like a warthog. He is depressed because he can't fly and be different than he is.

I just told you some fictional stories about three different kinds of animals. They were all different but had the same problem. They were not content to be who they were made to be. Content or contentment means to have gladness, happiness, and satisfaction. We need to be content or satisfied in our lives with the way God made us and the blessing He gives to us. Some of us cannot run  as fast as someone or read as well as someone else. Maybe we have trouble spelling words or doing math. Maybe one of us was born with a disease or disability. We are perfect the way God made us because God does not make junk.

When I was young, I developed a curvature in my spine called scoliosis. This makes me have back and neck problems. My spine is twisted so that my right hip is higher than my left. When I was a young lady, I had my mom hem my skirts and pants crooked so they looked straight on me and maybe people would not notice I was crooked. I was self-conscious. That was silly, and thankfully I out grew that feeling. Now I don’t care if my skirts are uneven because I am crooked. God made me that way.

I also have another problem. It is with words. I do not spell well, and I am dyslexic, which means a number of things. One of them is that I flip my letters out of order and even talk that way sometimes. This makes it difficult doing what I am doing now--writing a story to you. I could get angry and not tell you stories, for fear of making mistakes and looking stupid. I choose to not get angry and to be content that God made me this way. I have to work harder at writing and spelling than most people do. I get frustrated, but I have learned to work through it. I will not let this problem I have take away the pleasure of telling you stories. God gave me a job to do, and it is to tell stories that direct the readers to Him. I pray my mistakes will not be a hindrance to those of you who read very well, and you will be forgiving and realize I am doing the best I can. I have help. My daughter, Cindy, edits my work. I need her like someone who has broken a leg needs a cast and crutches.

God wants us to be thankful for the abilities or disabilities we have. Do you struggle with any difficulty in your life? Thank God for it and work through it. 1Thessalonians 5:18 says, In everything give thanks for this is the will of God in Christ Jesus for you. 1 Timothy 6:6 Now godliness with contentment is great gain.   Verse 8 says, And having food and clothing with these we shall be content. Hebrews 13:5a Let your conduct be without covetousness; be content with such things as you have. Covetousness is desire or wanting something someone else has. Conduct is the way you act in your life. Philippians 4:11 says, Not that I speak in regard of need, for I have learned in whatever state I am, to be content. So the Bible makes it clear that the Lord wants us to live in contentment. We need to be content with what we have and how we were made.

If you have any questions for me please leave them in the comment box and I will gladly answer you.

Memorize: Hebrews 13:5a Let your conduct be without covetousness; be content with such things as you have.


Verses in NKJ unless otherwise stated.

Email ThisBlogThis!Share to TwitterShare to FacebookShare to Pinterest
Labels: Contentment